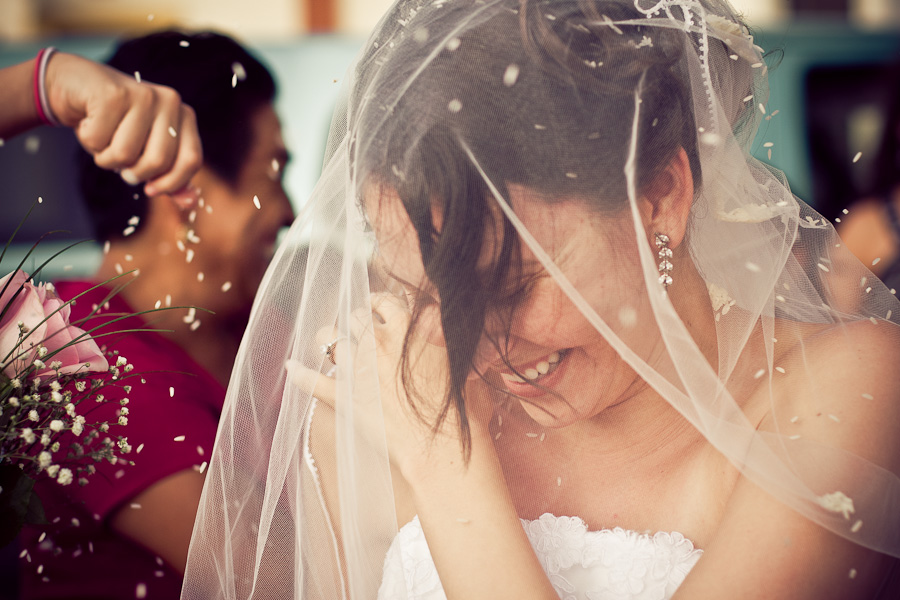 I was nervous as I boarded the plane heading off to my first destination wedding. I flew from Los Angeles and landed in Guadalajara, Mexico several hours later. Being fluent in Spanish, I was able to make my way to the local bus terminal and catch a bus to the small town of Tuxpan in the state of Jalisco. The town was beautiful and nestled in a lush climate with a couple volcanoes looming nearby. The local people were very nice and everyone on the streets said hello when passing by, and most were shocked to see a white foreigner talk back in Spanish! Unfortunately, the day before the wedding I became very very sick! I went of to a local medical facility that just by appearance made me quiver before going inside. I waited in line with many other sick people and eventually made my way up to the one nurse in the building. I spoke to her about my condition and I was put up in a hospital bed with an iv of some liquid as bugs crashed against the flickering light above me. Thinking I was going to die, I eventually slept and woke up feeling a lot better so I returned to my hotel with some local prescriptions. Best of all, the whole treatment was free! I remained sick through the next morning and was really thinking I wouldn’t be able to pull of shooting the wedding. I threw up one last time and rushed down to the local church just as the Ceremony began and I was able to get my shots and some good ones at that! Here are a few of my favorites from this Mexican wedding: